When you want something with all your heart, the universe conspires in helping you to achieve it

Walt Disney. As a kid he would always draw on the wall of his family’s house. He loved drawing and his dream was to have his own business company. His dad once said to him: When you start something always finish it and no matter what you do, do it right. This sentence was always in Walt’s mind. He started to draw his first animations in a barn with a broken table and with his friend who helped him. Later he could move to a bigger apartment with real equipment and he hired a few more workers, he couldn’t pay them though. They just worked there because of the knowledge they would get and because they believed in Walt.

At some point he couldn’t pay his rent anymore and his workers left him alone because they didn’t get any money. He was all by himself now but he wouldn’t even think about quitting. He always had his vision in his mind and his dream to make money with drawing. Life didn’t get easier though. People wanted to exploit him, he again lost a few of his workers and his depths got more and more. But still, no quitting. One day he had to think of an brilliant idea, an animation movie from which people will be amazed. A main character who is presenting his way of living. He created Mickey Mouse, who does all kinds of adventures all over the world with a lot of fun included. Walt never gave up, he went from having nothing to being a super successful artist. Not because he was such a talented drawer, but because of his will power and his drive to fulfil his dream.

One day a woman had a terrible bus accident. She couldn’t get out of bed for months and had a gibs all over her body. She accepted the situation, got her some pencils and paper and drew herself and the pictures in her mind. She became an amazing and very famous artist: Frida.

If she haven’t had the accident I don’t think she would have discovered her passion to draw. So with this in mind: In every circumstance you’re in right now, you can always make something good out of it and at least learn something for the future. Everything happens for a reason.

Never give up on your dreams even if no one else believes in you the most important thing is that you believe in yourself.

Even when something really bad happens to you and you think you will never make it, this very moment is full of learnings and opportunities to grow.

Even if you think there is no solution to this and you are about to quit, there will always be a way out. When you want something with all your heart, the universe conspires in helping you to achieve it.

Your higher soul is leading you to where you are supposed to be always. Everything you experience, every person you meet, everywhere you go has a reason why this happens to you. Think about it, think about what you can learn at this very moment and how you can get closer to your dreams. 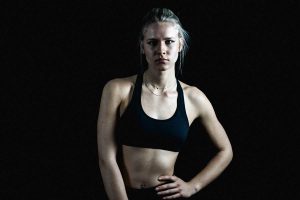